Window Cut Out and Installation in Brampton

Egress Window Installation in Brampton, ON

When Rampart contacted us about cutting out new windows in his basement we were excited to take on the challenge. This new build in Brampton had large spacious window openings on the top floor but the basement was dark and desolate.

Rampart had a couple of simple requirements; he wanted to let in more light and air into his basement. He also wanted one of the windows to be large enough to allow him to carry slabs of drywall into his unfinished basement. 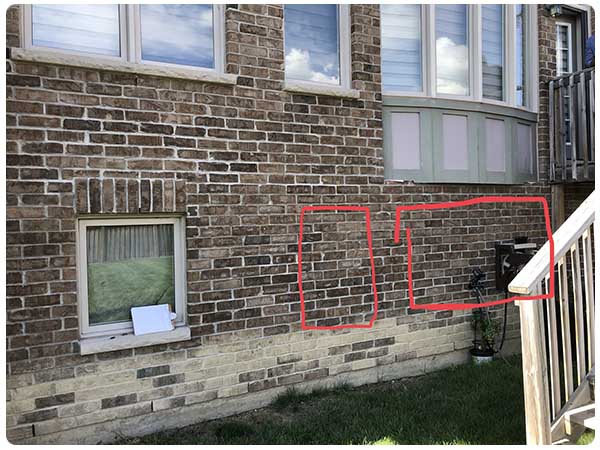 Connect with us in minutes!

Are you looking to install egress basement windows in your home or business? Fill out this short form and we'll get back to you in less than 10 minutes.*

* Responses outside of regular business hours may take longer.

With several tons of bricks weighing down on the basement, cutting out windows had to be a delicate process. We had to make sure that none of the load-bearing walls are disturbed and that the weight of the brick is safely supported.

On the interior of the house, our new planned window spanned the length of 10 joists. Those had to be supported internally to make sure that the new opening can support the weight of the joists above.

When our estimator, Konstantin came out to the job site, there were a few things he had to consider before pricing this job.

Cutting the new windows below the existing ones meant that we didn’t have to disturb current load-bearing walls and there was no threat to the structural integrity of the house.

With the above considerations, we estimated the cost of the project to be $5500 + HST.

Altogether, it took our crew one day to complete the work. The concrete with cut externally without allowing any dust or debris to penetrate the basement.

Rampart was very satisfied with his new windows and the feel of the basement was transformed into a spacious environment to be used and enjoyed by the whole family. 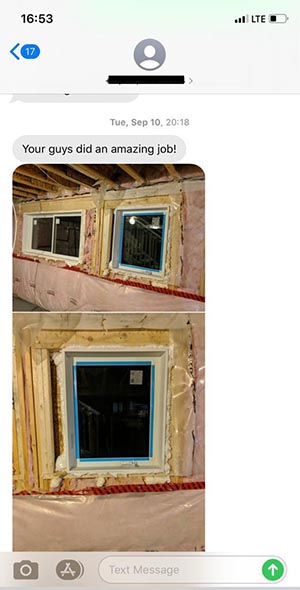 City of Toronto / Toronto, ON  / More on Toronto  / Toronto Chamber of Commerce